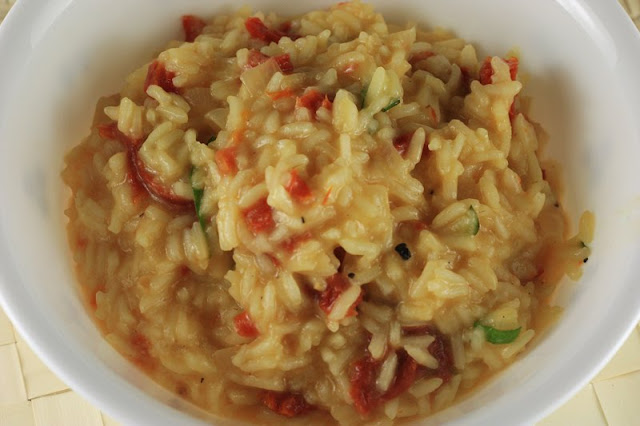 As some of you may know, I'm a graduate student, and school started for us a few weeks ago. I've been busy with beginning of semester stuff, as well as some looming program deadlines. I haven't been cooking much at all, and have been suffering mightily for it. So has Jeff, patient man that he is.

But, last night I finally cooked again. I've been meaning to try some risotto and have been reading recipes all over and decided to just go for it.

Let me say that, like so many things, it was way more intimidating than it should have been. I pulled it off quite easily. Now, my risotto may not have been perfect, but it was pretty tasty! The recipe below is my basic understanding of how you are supposed to cook risotto. I'd attribute it somewhere, but every recipe seems to say basically the same thing! 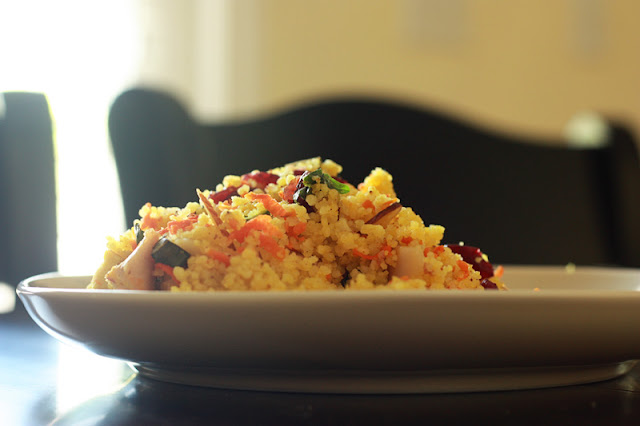 Okay, okay, so this isn't actually challenging at all. The challenging part was that I had never made couscous before, and I can't exactly remember eating it either. So it was adventurous for me on that account, but that's it. And this is my blog, so there.

And, if it weren't a challenge, I wouldn't actually be posting it, because I didn't think it was that good. The flavors fell flat in my opinion. And yes, it could have been the fact that I didn't have any green onions so I omitted them. But I feel like it was more than that. It just didn't have any punch to it, and it was almost acrid. Maybe my curry is bad...but I doubt it. It's pretty new. I don't know. If the idea of curried couscous inspired you, play around with the general idea and fit it to what you think sounds good. In my opinion, it wasn't sweet enough (because it tasted a bit acrid) and it needed some kick, maybe more salt would help. *shrug* I'm an Ina fan too, but this one fell short when I made it. Sad. 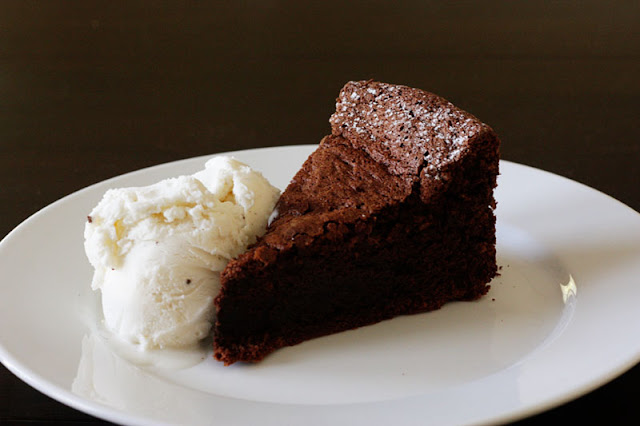 Weeks ago...nay, months ago, I won a cookbook giveaway from lisamichele.wordpress.com, and she sent me a copy of The Sweet Melissa Baking Book. I was so stoked when I got it, I pored over it, and dog-eared recipes I was dying to make, and dreamed of the treats melting in my mouth.

And then life happened. The book got shelved away, along with my baking dreams. I planned on baking from it eventually...

I pulled it out last week when I was trying to figure out how to use a couple of pounds of raspberries and was reminded of all those sweet dreams.

I didn't end up using it for the raspberries...but when my mom and I decided to have a family dinner together last Sunday, I knew I had the perfect dessert. I pulled out the Sweet Melissa book and dreamed once again, this time knowing my dreams would come to fruition. 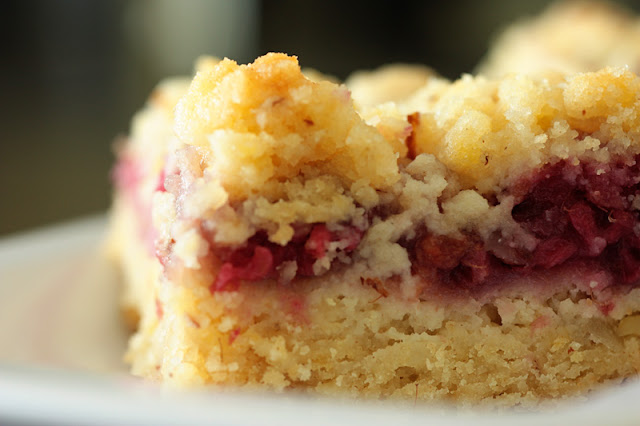 I have a neighbor who does not bake. She used to, but has no desire anymore. She just doesn't enjoy the work. And although she loves baked goods, she and her husband get along just fine without her baking.

But this is mostly because she has me and another neighbor, who have made it a habit to share whenever we bake.

It works out great, actually. I love baking (mostly the eating part, I'll grant you) but it's just me and Jeff right now, and while I might enjoy eating an entire cake or batch of cookies, it's probably not wise. So I share. They get to enjoy a treat and I don't get (horribly) overweight.

The other day, I dropped some raspberry almond bars off at her house and called to let her know they were there. I didn't tell her what they were, just that I had left her a treat. The next time I saw her, she was just about speechless, which is a rarity for this friend. She asked what they were, and just had no words to describe how much she had enjoyed them. 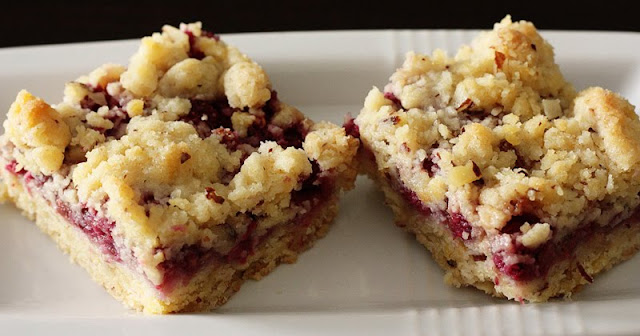 And the thing is, they were just about as easy as you could ask for. Ten minutes to put it together, and then time to bake. So simple.

I don't think she'll be baking them anytime soon, but I know I'll be making them again! 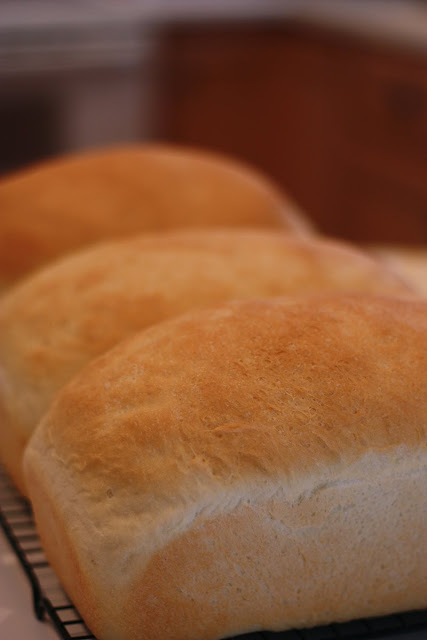 I have very few memories from my childhood. Saying that makes me sound like some poor abused refugee kid, but I assure you, I had a very normal, middle-class suburban childhood. I was just a sensitive child to being bullied. So, in a move towards self-preservation, I have blocked out much of my childhood. It's sad, really...I remember mostly bad moments...and I'm quite sure I had much happier experiences. The whole normal middle-class suburban thing, you know.

One happy memory I have is eating fresh homemade bread. I remember the wheat grinder my mom used to grind fresh wheat into flour. The smell of hot flour was intoxicating to me as a six-year-old. I remember the wire cooling racks my mom set the hot loaves on. And I remember that first thick slice of bread, still steaming. Dense and moist, and perfectly flavored. Especially with a smear of jam or honey.

It was always a treat when my mom made bread. 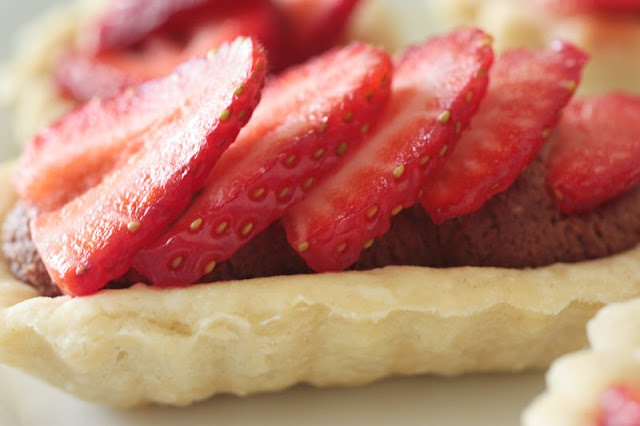 Junior Chef is eating solids now. So far, she loves it all, with the exception of oatmeal. But, she'll gobble that down if we mix in some bananas or applesauce. I'm so pleased she loves food! But, feeding her requires me to think about grocery shopping a little differently. I have to be prepared for the next food,  I have to make sure to have fresh bananas and avocados on hand (and that they don't get overripe). And it really isn't a big deal, but I'm just used to planning a grocery list for just me and Jeff. It's just different.


So, last Saturday, I had to run to the grocery store just to pick up some bananas. But, on my way in, I noticed a display of strawberries for only $1.50 a pound. It's not the best price I've ever seen, but when they are that price, I'll pick up a pound or two without even thinking twice. 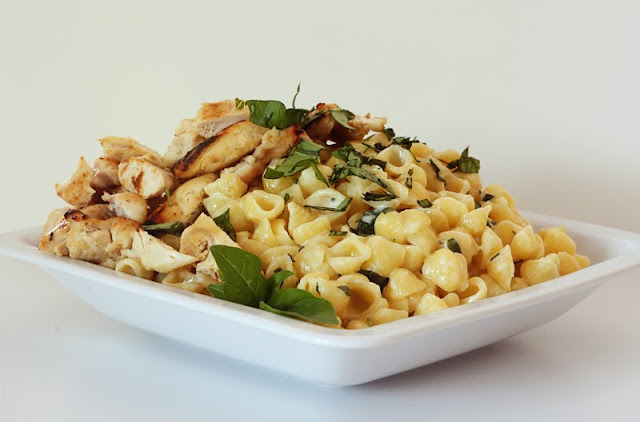 I have a secret.

Pioneer Woman's recipes rarely work out for me.

I always want them to, I really do! I love reading Ree's posts. I try her recipes often. But most of the time, they're just okay.

It makes me so sad!

But, the other day, I tried another one. See, she just makes them sound so wonderful. You know. You all read Pioneer Woman. She makes her food sound just delightful. And I love her cooking style: she's not afraid to use butter, she cooks by the seat of her pants, and she makes a lot of food that sounds like food I would like. Well, she nailed this one. It was delicious. Finally, I thought...I love a PW recipe!! Yay!

I have to say, this one had me at the basil.